WASHINGTON: US Health Secretary Xavier Becerra has urged the WHO to ensure that the next phase of investigation into COVID-19’s origins are more “transparent” and “science-based”, amidst media reports here suggesting growing evidence that the virus could have emerged from a laboratory in China.
In March, the World Health Organisation (WHO) issued a report written jointly with Chinese scientists on the origins of COVID-19, saying the chances of it having started in a lab were “extremely unlikely”.
But the US and some other countries have raised concerns about the way the mission of the WHO experts was carried out in China, including in Wuhan, the epicentre of the outbreak, and the lack of adequate cooperation from Beijing.
WHO Director-General Tedros Adhanom Ghebreyesus has also agreed that further studies were needed into the virus’ origins.
In a video message on Tuesday at the annual ministerial meeting of the WHO’s World Health Assembly, Becerra called for a second phase of the investigation to be launched “with terms of reference that are transparent, science-based and give international experts the independence to fully assess the source of the virus and the early days of the outbreak.”
In his address, Becerra did not mention China directly, but his remarks came days after a Wall Street Journal report in which US intelligence officials are quoted saying three researchers at the Wuhan Institute of Virology in the central Chinese city of Wuhan sought hospital care in November 2019, several weeks before China acknowledged the first case of the new highly infectious disease in the community.
China has angrily rejected the US media reports, repeatedly suggesting the virus may have come from a US laboratory instead.
On Monday, Chinese Foreign Ministry Spokesperson Zhao Lijian said that the Wuhan Institute of Virology in a statement on March 23 had said that the premier lab had not been exposed to COVID-19 before December 30, 2019, and a “zero-infection” record is kept among its staff and graduate students so far.
“What is the real purpose for the US to continue to play up the so-called “lab leak theory”? Does it really care about the origin-tracing of the virus or just want to divert attention? We hope that the relevant departments in the US will make a clarification and explain that to the world as soon as possible,” Zhao said in response to a question at a foreign ministry briefing in Beijing.
Dr Anthony Fauci, senior White House health adviser and director of the National Institute of Allergies and Infectious Diseases, said recently that he was also not convinced about the natural origins of the coronavirus and called for further investigations.
In his address to the World Health Assembly, Becerra noted that the COVID-19 pandemic “not only stole a year from our lives, it stole millions of lives.”
“Now we must honour our departed by taking urgent action this year – to strengthen health security and pandemic preparedness so that we are better prepared for the next global health crisis,” he said.
This means improving global triggers, so all countries take swift action toward the next biological threat, he said, underlining the importance of establishing a global health security financing mechanism that is sustainable – with strong accountability and oversight.
It would also mean developing surge capacity for the global manufacturing of personal protective equipment, vaccines, therapeutics, diagnostics, and the healthcare workforce, the US health secretary said.
Becerra also said the countries must also do more to understand our current pandemic and look forward toward detecting, preparing, and responding to future biological threats.
As member states of the WHO, “we need to come together and finish this fight against COVID, our greatest test,” he said, adding that all must fully implement and adhere to obligations under the International Health Regulations.
“We need to improve transparency, immediately share critical information about outbreaks with pandemic potential, and strengthen health systems to withstand shocks,” Becerra said, while calling for a “strong and agile” WHO.
The White House said on Tuesday that it expected from the WHO an “expert-driven evaluation of the pandemic’s origins that is free from interference or politicisation”.
“We need access to the information that the Chinese government has in order to make a determination through the international bodies that would do this investigation. And that’s something we have called for many, many times, White House Press Secretary Jen Psaki said.
“And we have pressed, with our international partners for the WHO to support an expert-driven evaluation of the pandemic’s origins. We would certainly participate in that with all of our research — resources from the United States,” she said in response to a question at a White House briefing.
The lab leak claims were dismissed last year as a fringe conspiracy theory, after then-President Donald Trump said COVID-19 had originated from the Wuhan Institute of Virology.
On Tuesday, Trump sought to take credit in a statement to the New York Post newspaper. “To me it was obvious from the beginning but I was badly criticised, as usual,” he said. “Now they are all saying: ‘He was right.'”
Meanwhile, a group of prominent scientists with relevant experience recently criticised the WHO report for not taking the lab-leak theory seriously enough — it was dismissed in a few pages of a several hundred page report.
“We must take hypotheses about both natural and laboratory spillovers seriously until we have sufficient data,” the scientists wrote in Science Magazine earlier this month.

Idols made by Vijayapura artisan to be worshipped in the US...

Flights back in the air in Mysuru, Belagavi from Monday |... 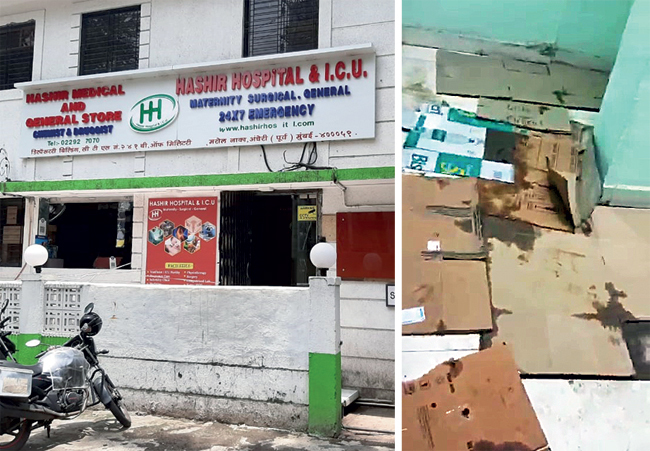 Treated in a leaky hospital basement with no natural ventilation at...

Deaths prompt Alaska officials to remove ‘Into the Wild’ bus